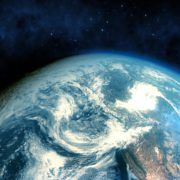 If you have a pool or spa, you will be interested in how NASA technology is used in the Clearwater Pool System. In 1989, NASA granted Clearwater Enviro Technologies a license to commercialize their technology for an ionization system.  The Apollo flights used electronic silver-ion generators to disperse silver ions throughout the spacecraft.  These ions eliminated viruses and bacteria and also provided the astronauts with safe drinking water. Much like what was used on the Apollo flight, MineralPURE uses natural minerals of copper and silver to produce ions that reduce the need for harmful and costly chlorine. This natural pool treatment is not only ideal for killing bacteria and swimming pool algae control, but it results in crystal clear water that feels like it comes from a spring.

The ancient Greeks used copper to sterilize bacteria from water. In Egypt, silver cups were used for drinking to keep the water safe from contamination. These natural minerals have been used to purify water for thousands of years. NASA used copper ions to treat water in outer space instead of chlorine. Copper ions help kill algae (promoting swimming pool algae control) and silver ions help kill viruses and bacteria.

Chlorine is harsh on the skin and often makes the eyes red. It is also costly and requires constant maintenance. The most effective natural pool treatment on the market – the Clearwater Pool System – involves a mineral ionization process and ozone.  It reduces the need for chlorine by up to 75% in commercial pools and up to 95% in residential pools, making it the closest thing you can get to a chemical free pool.

Buzz Aldrin was a company spokesman for Clearwater Enviro Technologies in the early 1990s. In 1994, Spinoff – a NASA publication – featured an article on how Clearwater Enviro’s ionization equipment has been used at the Clearwater Marine Aquarium, home of Winter the dolphin from the hit feature film, Dolphin Tale.

Considering natural pool treatment? Contact us today to incorporate technology developed by NASA and significantly reduce the need for chlorine.

What Customers are Saying

Had this installed when I switched over from Chlorine to Ionization in 2005. No regrets. Pool water is sparkling, easy to adjust and test. You still need chlorine but only about one 3" tab a week for a 33,000 gal. pool.....read more

The smartest thing I ever did was put in this system. in Houston Texas with our heat rain pollen and tree leaves, I struggled for two years with algae growth and pool chemistry. All that is behind me now and the pool is always clear and algae free Maintenance is so simple.

Happy we made that decision. Very well made - easy to install (all the needed parts) and great support from the mfr. Hope this helps someone make the purchase decision.

This site uses cookies. By continuing to browse the site, you are agreeing to our use of cookies.

We may request cookies to be set on your device. We use cookies to let us know when you visit our websites, how you interact with us, to enrich your user experience, and to customize your relationship with our website.

Click on the different category headings to find out more. You can also change some of your preferences. Note that blocking some types of cookies may impact your experience on our websites and the services we are able to offer.

These cookies are strictly necessary to provide you with services available through our website and to use some of its features.

Because these cookies are strictly necessary to deliver the website, you cannot refuse them without impacting how our site functions. You can block or delete them by changing your browser settings and force blocking all cookies on this website.

These cookies collect information that is used either in aggregate form to help us understand how our website is being used or how effective our marketing campaigns are, or to help us customize our website and application for you in order to enhance your experience.

If you do not want that we track your visist to our site you can disable tracking in your browser here:

We also use different external services like Google Webfonts, Google Maps and external Video providers. Since these providers may collect personal data like your IP address we allow you to block them here. Please be aware that this might heavily reduce the functionality and appearance of our site. Changes will take effect once you reload the page.